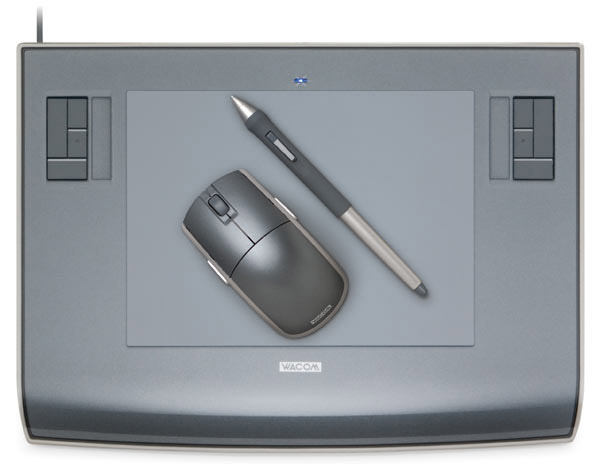 The Wacom Tablet is a device primarily used for graphic design. It simulates a virtual sheet of paper on which the user can draw with specialized tools.

Understanding the messages sent by the tablet

When the tablet is activated, the messages displayed in the main window all bear in common the /wacom prefix, followed by the tablet number. For example: /wacom/1/… (where … is the rest of the message name).

After the tablet number, an identifier denotes the tool type:

The Pen and the mouse being movable tools, a proximity message is sent when they leave or enter the proximity range. Such message is named for example: /wacom/1/pen/0/proximity. Such message could be used to trigger a note when the tool is near the tablet, and stopping the note when is goes away.

Tools that have buttons send additional messages. For example /wacom/1/pen/0/button/1 refers to the first button of the pen 0 on tablet 1.

In the Sample Patches folder, can be found presets from controlling Plogue's Bidule or Max/MSP from the Wacom Tablet. Feel free to customize these presets to fit your needs!